Pan America is a bike that shook the foundation of motorcycling. Harley Davidson making an adventure touring bike was about as shocking as Harley making an electric bike…well, maybe it wasn’t that shocking after all. The truly shocking part is that the Pan America is good both on paper and in execution. It’s a solid adventure bike and is able to compete against the likes of BMW, KTM, Triumph and Yamaha. And with a claimed 150HP and 500lb weight it’s slotted in the sweet spot of powerful adventure bikes that can get the job done both on the highway and on the trail. It’s no motocross bike to be sure, but it’s dirt worthy and fast as shit to boot. This was specialized territory only a few years back with KTM and BMW owning the segment. As we move forward in the every changing landscape of two wheels, Harley joins the adventure segment with a worthy machine.

When we were approached to build out two PanAmerica’s it was an exciting opportunity to wrap our heads around Harley’s newest platform and motor package. The budget called for performance modifications and graphics with the addition of touring specific amenities as well as off road proofing the bikes for adventure.

We started with Dunlop Trail Tech Tires wrapped around HD’s upgraded Spoke wheels. These are possibly the trickiest wheel’s HD has ever produced which is why it took nearly 6 months to get them. With the bike being so new and the fallout from COVID, getting parts for the bikes turned into the hardest part of the builds. The upgraded crash protection, foot pegs and aluminum belly pans were a waiting game. The Gray bike got a standard Saddleman seat while the Green bike got a custom moto style cut and gripper material. Graphics were designed at RSD and the panels were designed and printed by ZLT. 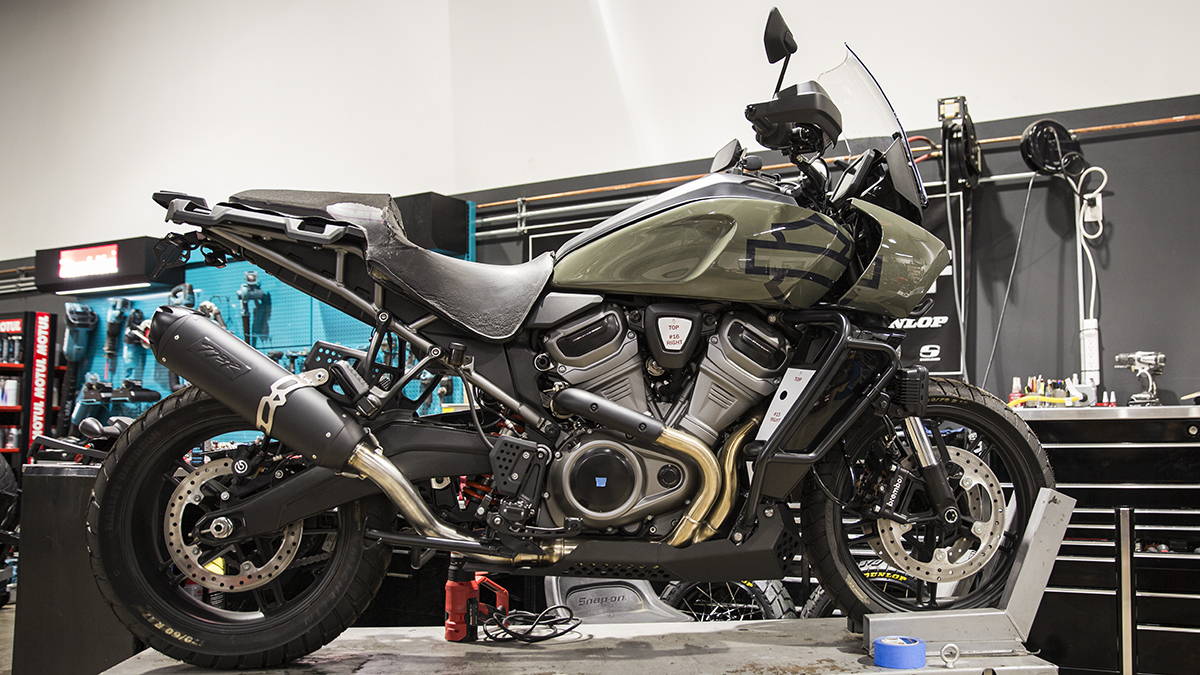