Travis Pastrana is the godfather of action sports, he has pushed the boundaries of what was once thought inconceivable to the norm and then created a platform where the unthinkable could be witnessed almost nightly in arenas and stadiums across the country at his Nitro Circus events. Three years ago, the notion of impossibility was challenged even more with the introduction of the Nitro World Games. NWG was developed with the sole intention of giving the best of the best in multiple disciplines, an opportunity to showcase, unveil, and prove the skills these athletes possessed were the best in the world. This year the Nitro World Games focused primarily on motorized sports, with the return of Nitro Rallycross, FMX quarter pipe and FMX Best Trick. For the first time ever in Nitro history, Super Hooligan racing presented by Progressive and powered by Indian made its debut in front of the 25,000 in attendance as well as viewership that surpassed all expectations on the Nitro Global Livestream.

Super Hooligan racing is and has been on the radar for many extremely talented motorcyclist from varied backgrounds, and with the high profile platform the NWG lends it wasn’t a surprise to see talented riders turn up from the world of MotoGP , American Flattrack, BMX, Moto America Road Racing, FMX, Motocross and even BMX and Down Hill Mountain Biking. Heavy hitters like Travis Pastrana, Stevie Bonsey, Jarryd McNeil, Danny Eslick, Colby Raha, Gregory Duff, and Kurtis Downs all secured Hooligan bikes and came to give the fans a show. 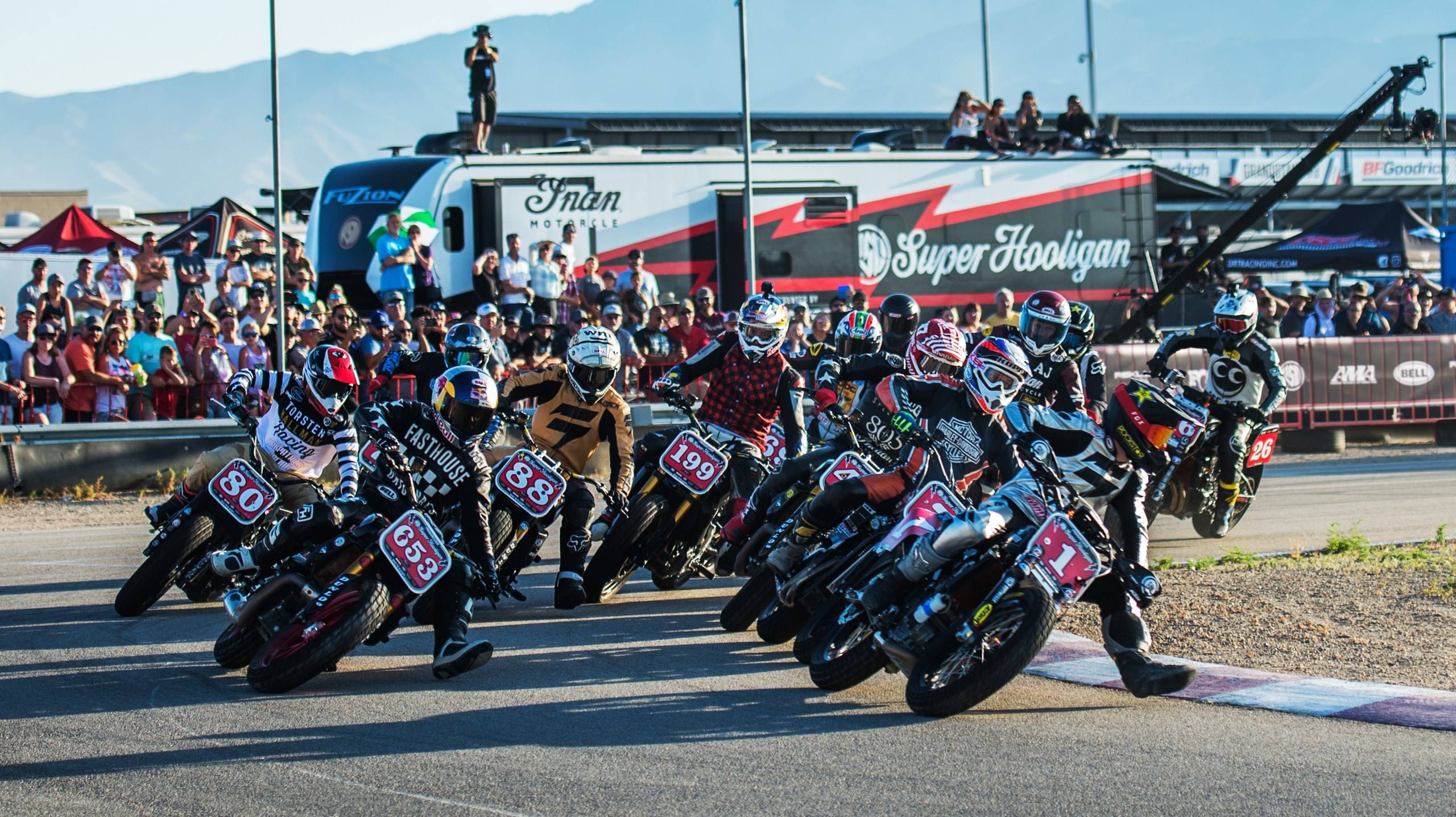 With 20 riders signed up the format went as such. 4-time qualifying heats with the winners of each heat going to the Dunlop Dash For Cash. Lap times from each heat would determine the running order for Super Pole. The top 12 in Super Pole would go directly to the main with their grid position being defined by their fastest lap. The remainder of the riders would have to duke it out in the LCQ for the coveted final 13th grid spot in the main. 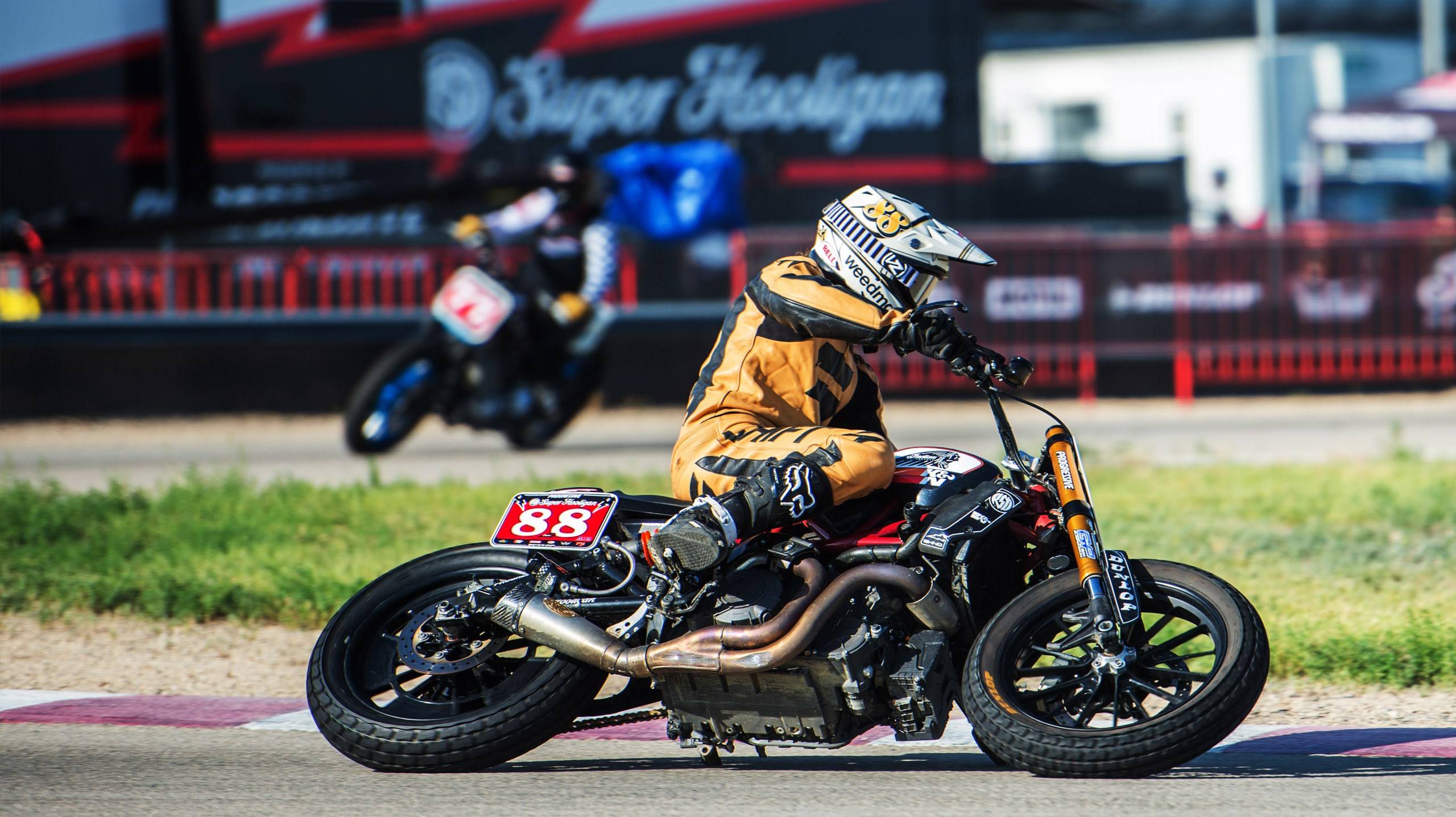 Heat winners, Frankie Garcia, Andy DiBrino, Joe Kopp and Jordan Graham all landed in the Dash For Cash with DiBrino pocketing an extra $500 besting Kopp, Graham, and Garcia in that order.

After the Dash, there was an interlude in the SHNC action allowing the racers to watch (and some participate) the other motorsports action going down at the Utah Motorsports Campus. 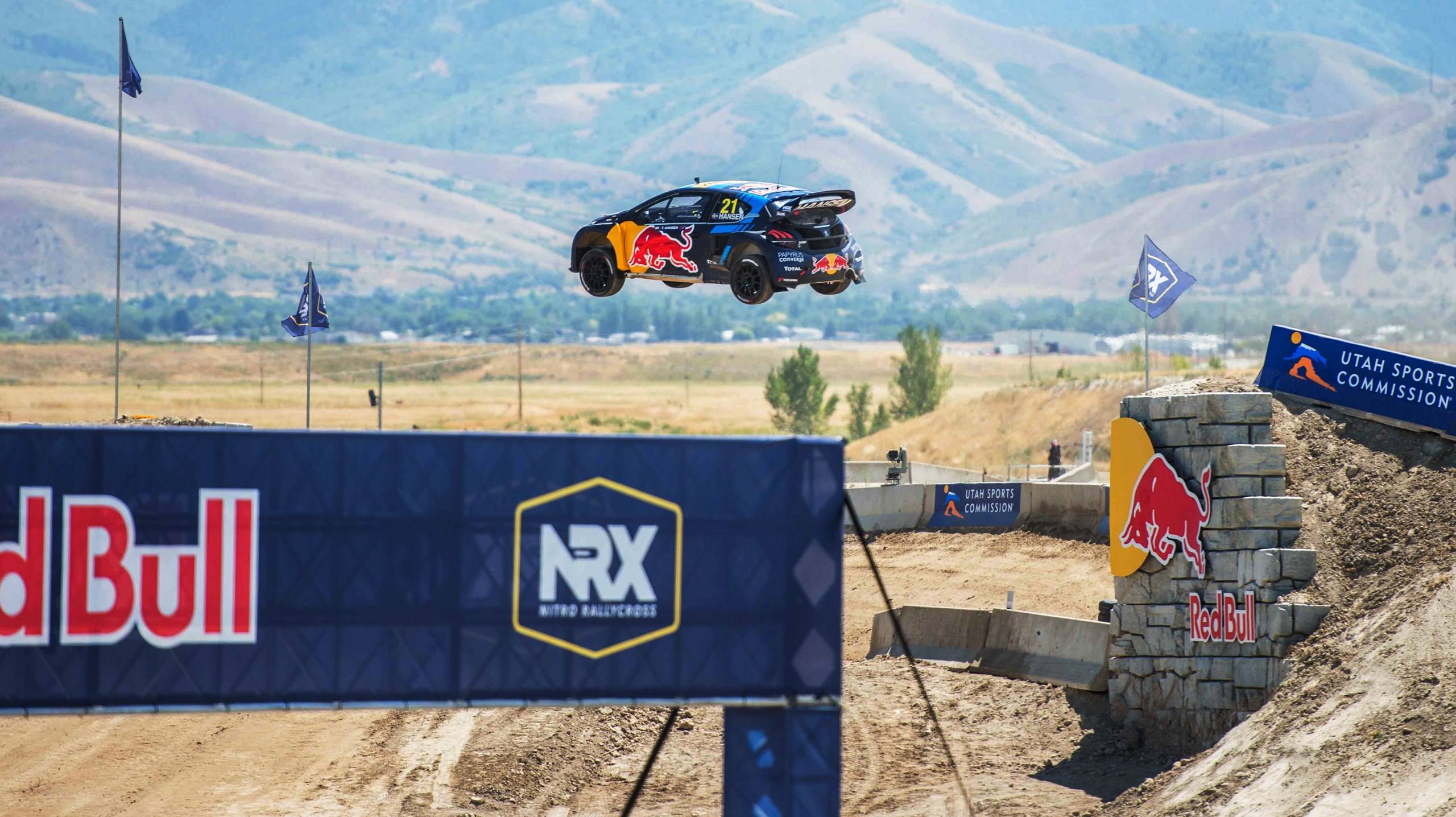 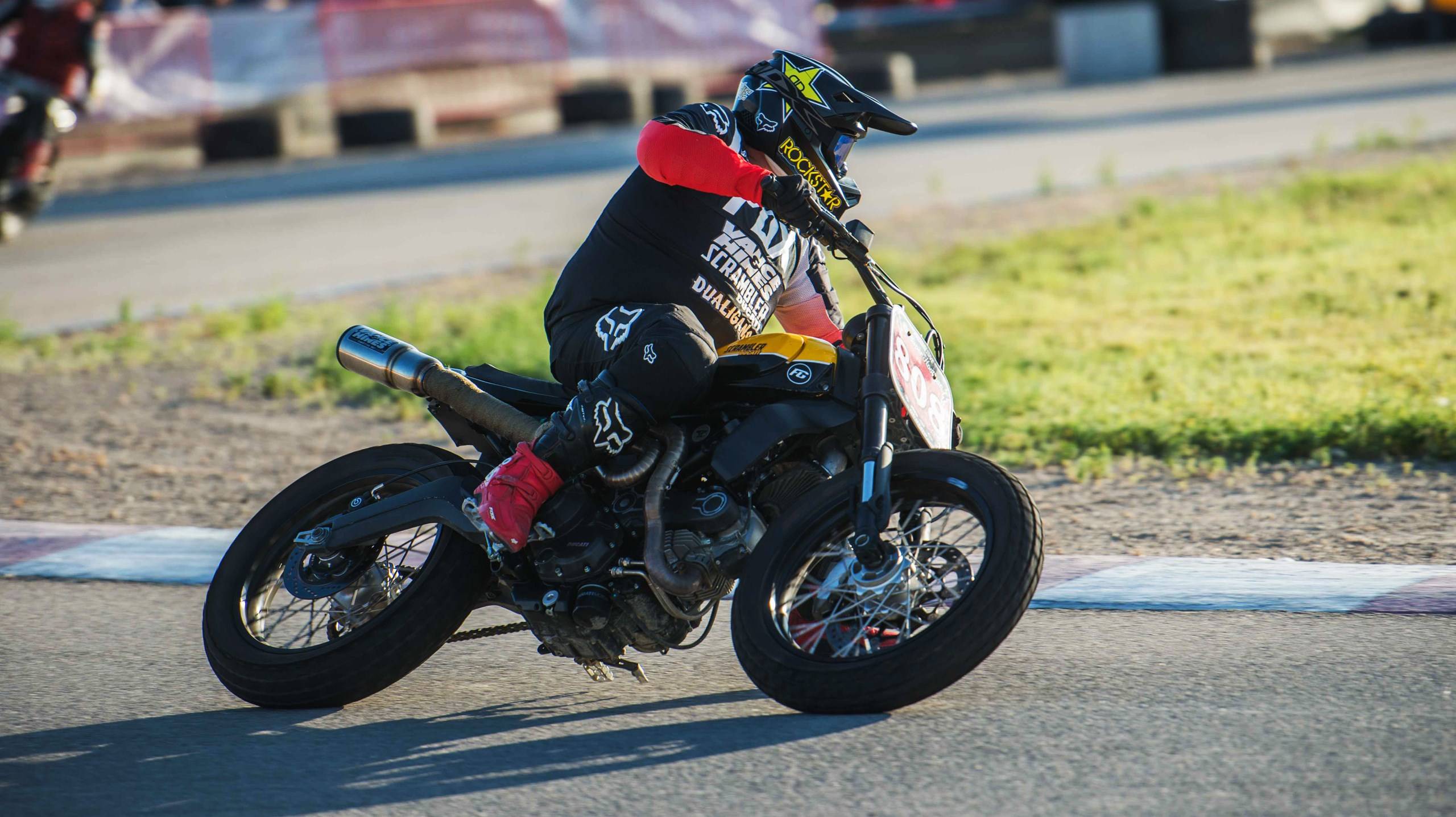 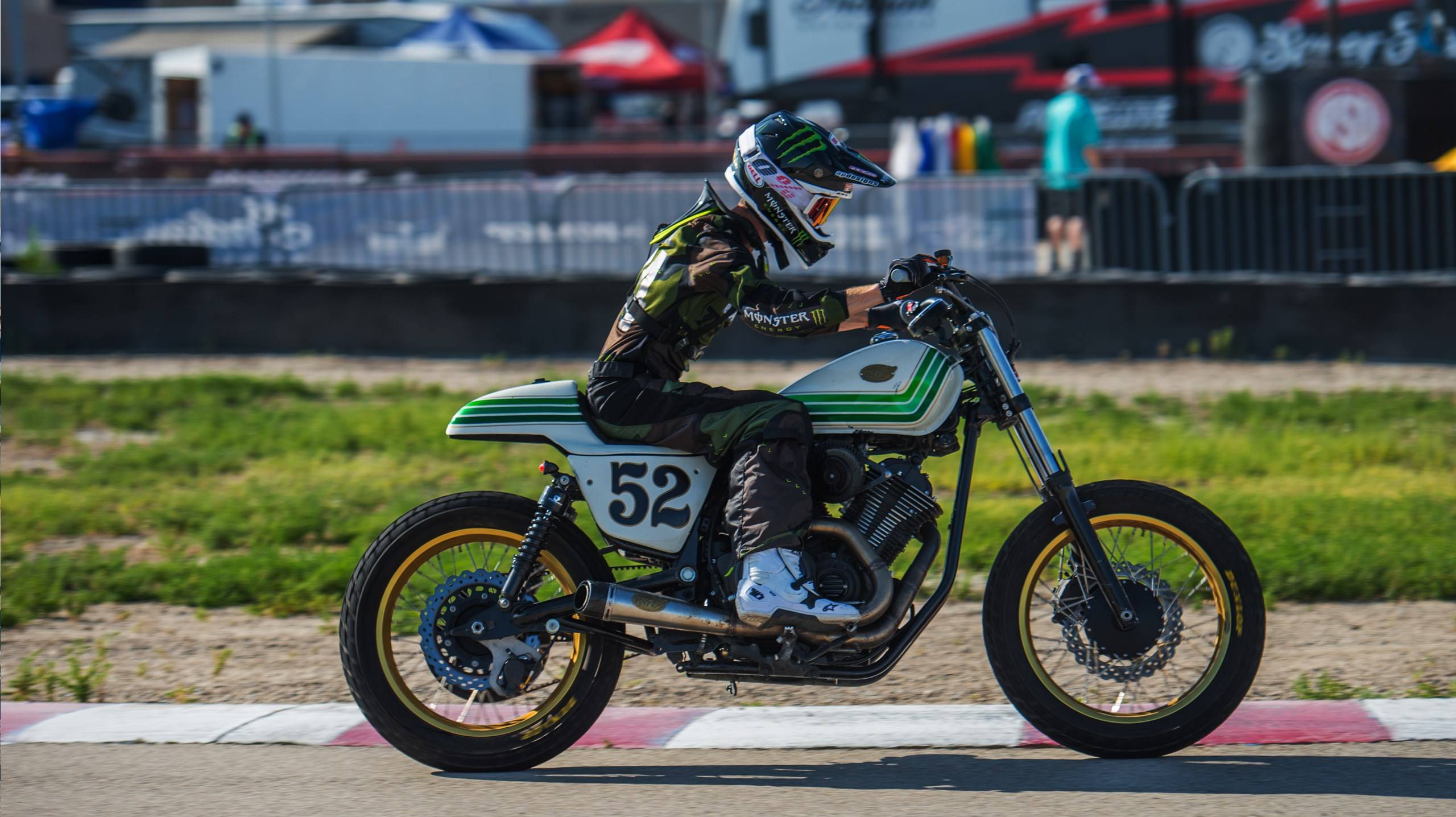 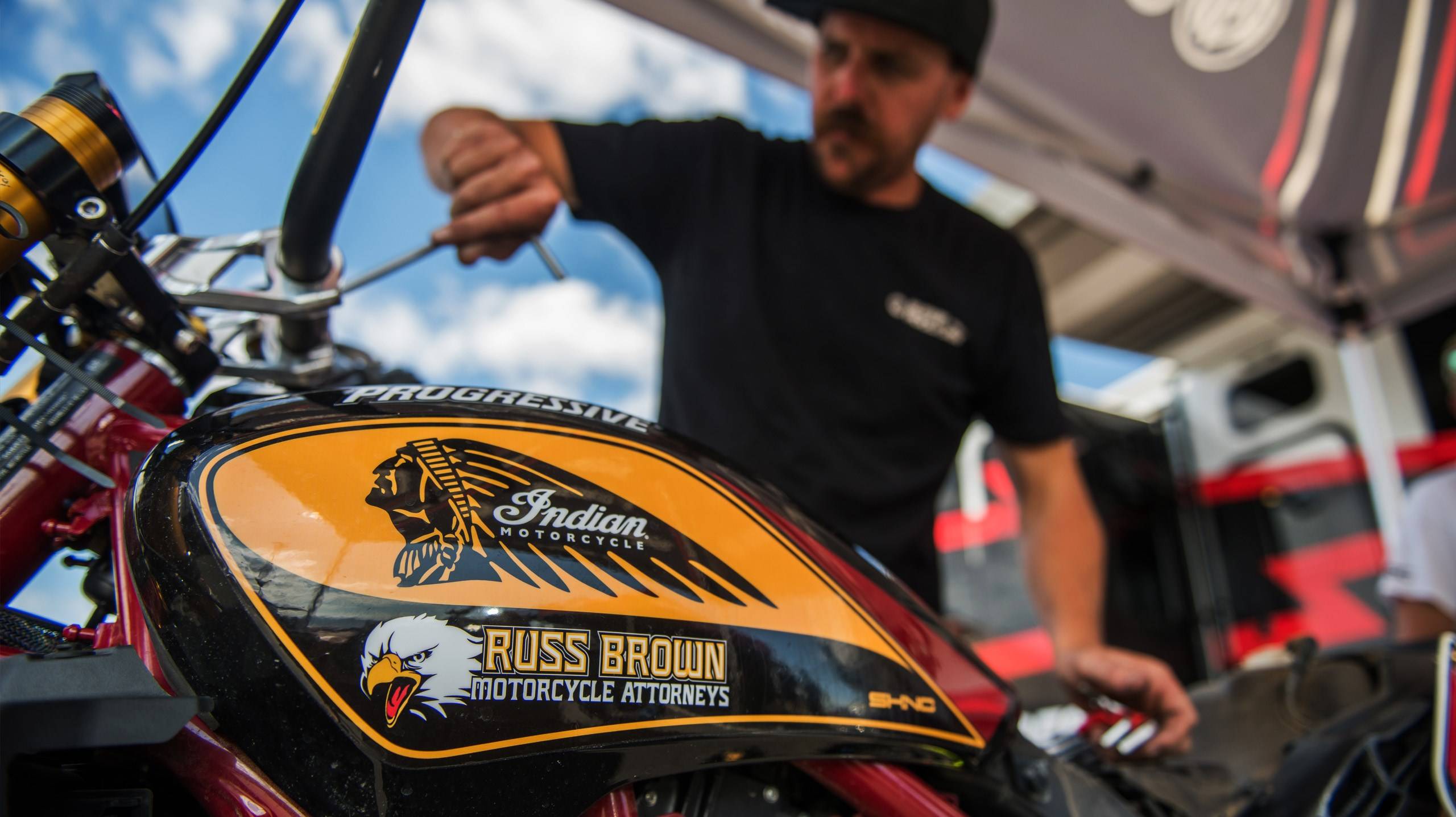 Super Hooligan Tyler “TB” Bereman punched into his part-time gig as a Moto Quarterpipe expert sailing to a bronze medal result going over 40 feet out of the purpose-built ramp. Colby Raha bested Bereman by only a few inches in the Moto Quarterpipe for silver and also decided to give Super Hooligan racing a go for his first time later that evening. Jarryd McNeil went out in the second round giving himself a bit more time to get comfortable with his Yamaha Bolt before the night show.

Travis Pastrana finished fifth in Nitro Rally Cross and also decided to sign up for his second attempt at Hooligan racing, this time aboard the SS prepped Indian FTR 1200.

Greg Duffy couldn’t quite make his Captain Front Flip stick and unfortunately didn’t make it to the top three, but that trick was one of the most impressive of the day. 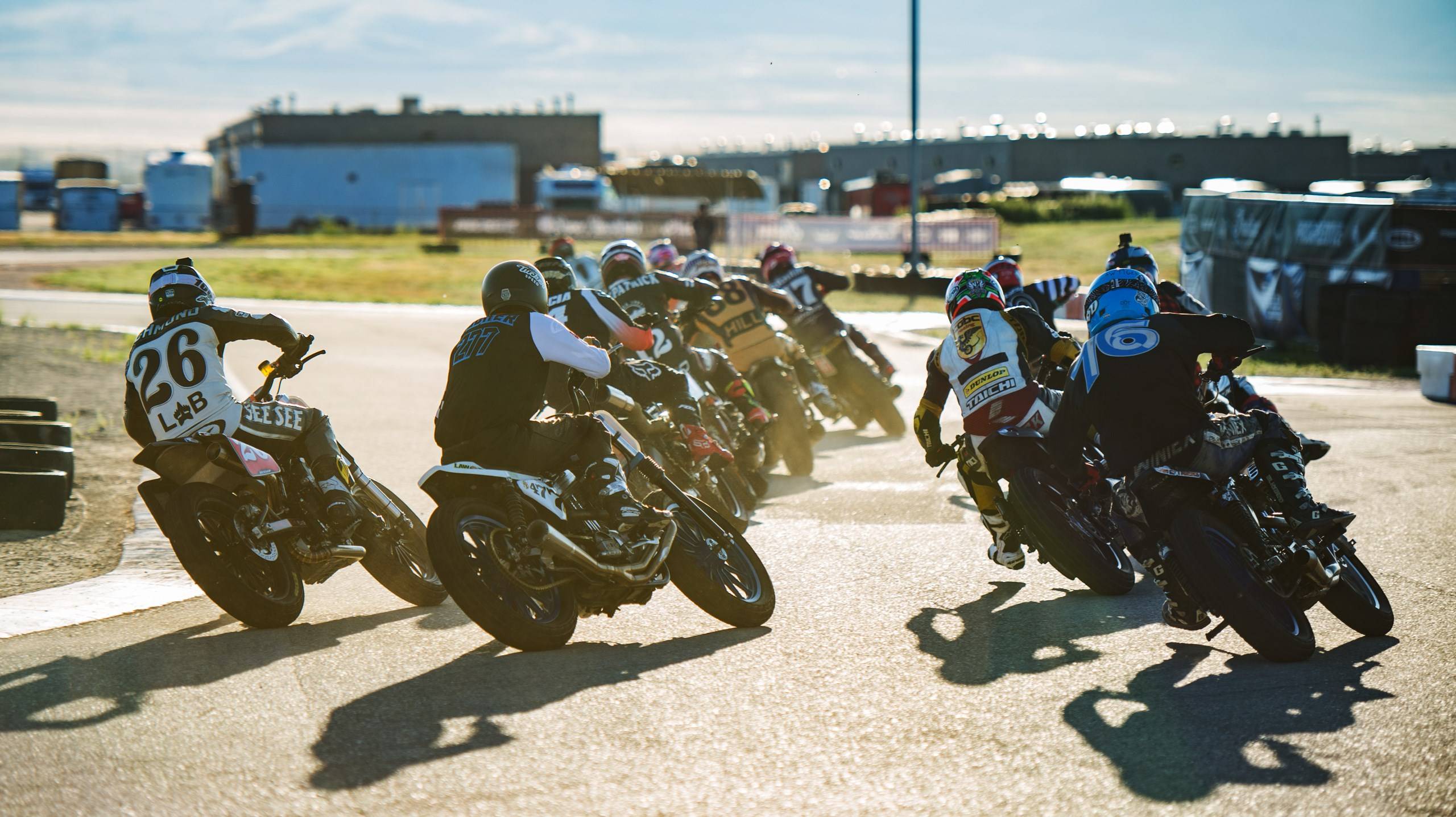 The six-lap LCQ had huge names looking for that final transfer spot Tony Alves, Jarryd McNeil, Stace Richmond, Greg Duffy, JD Mosley, Jim Ottle, Kurtis Downs and TJ Tucker. After a RED flag restart caused by Greg Duffy going down on the water buffalo, Utah native TJ Tucker with the wild holeshot lead for a lap before pitching it away in turn 4. TJ made it safely off the track allowing the race to continue and Stace Richmond to take the lead. Stace was able to hold off Tony Alves for the last transfer position to the main.

The 20 Lap main stage was set. DiBrino grabbed the holeshot, followed by Kopp and Bereman. Unfortunately, a mechanical issue in turn two causing his early retirement for Bereman.

At the halfway point DiBrino still lead Kopp, with Graham in tow and Stevie Bonsey hot on their tail. 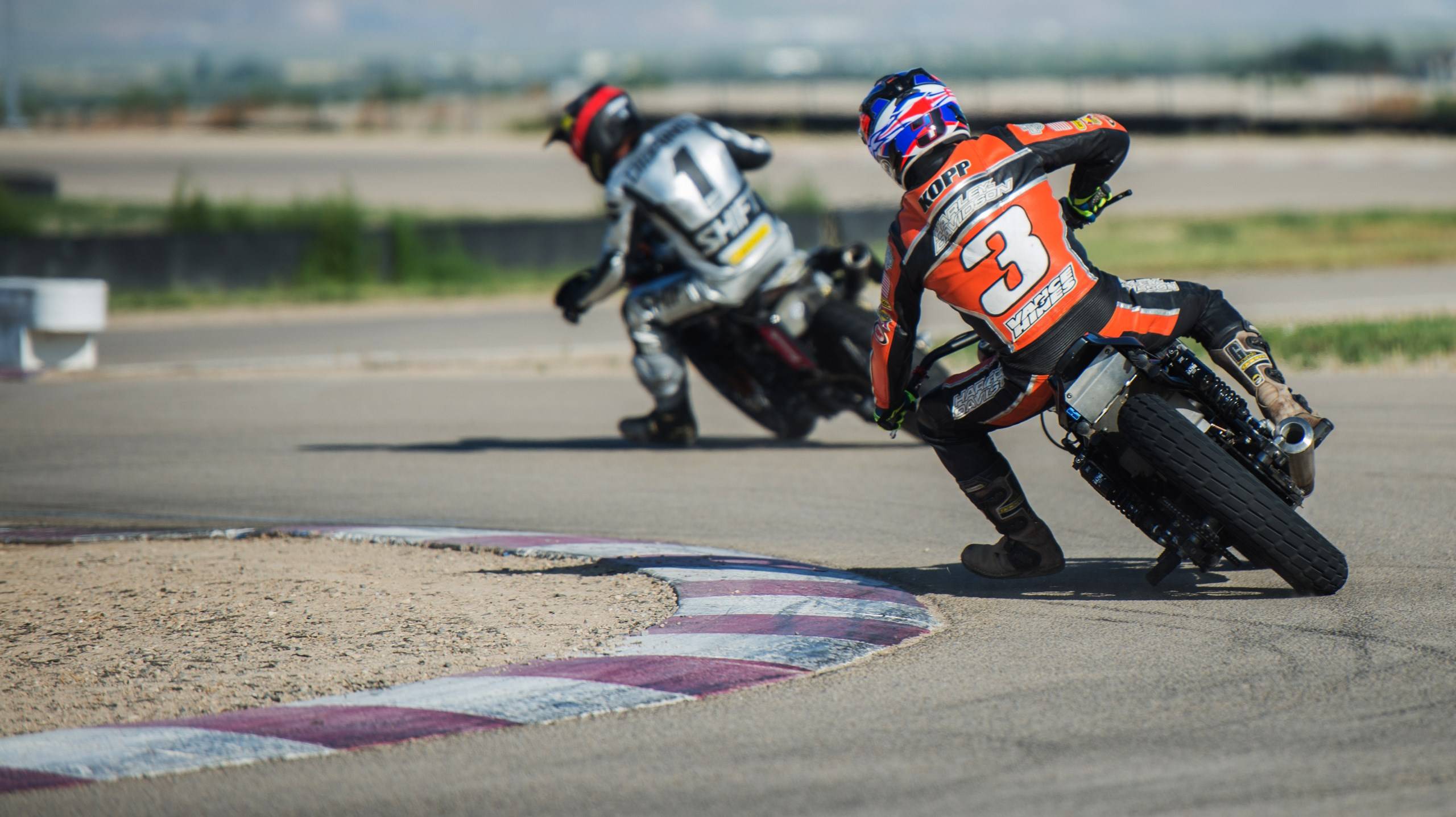 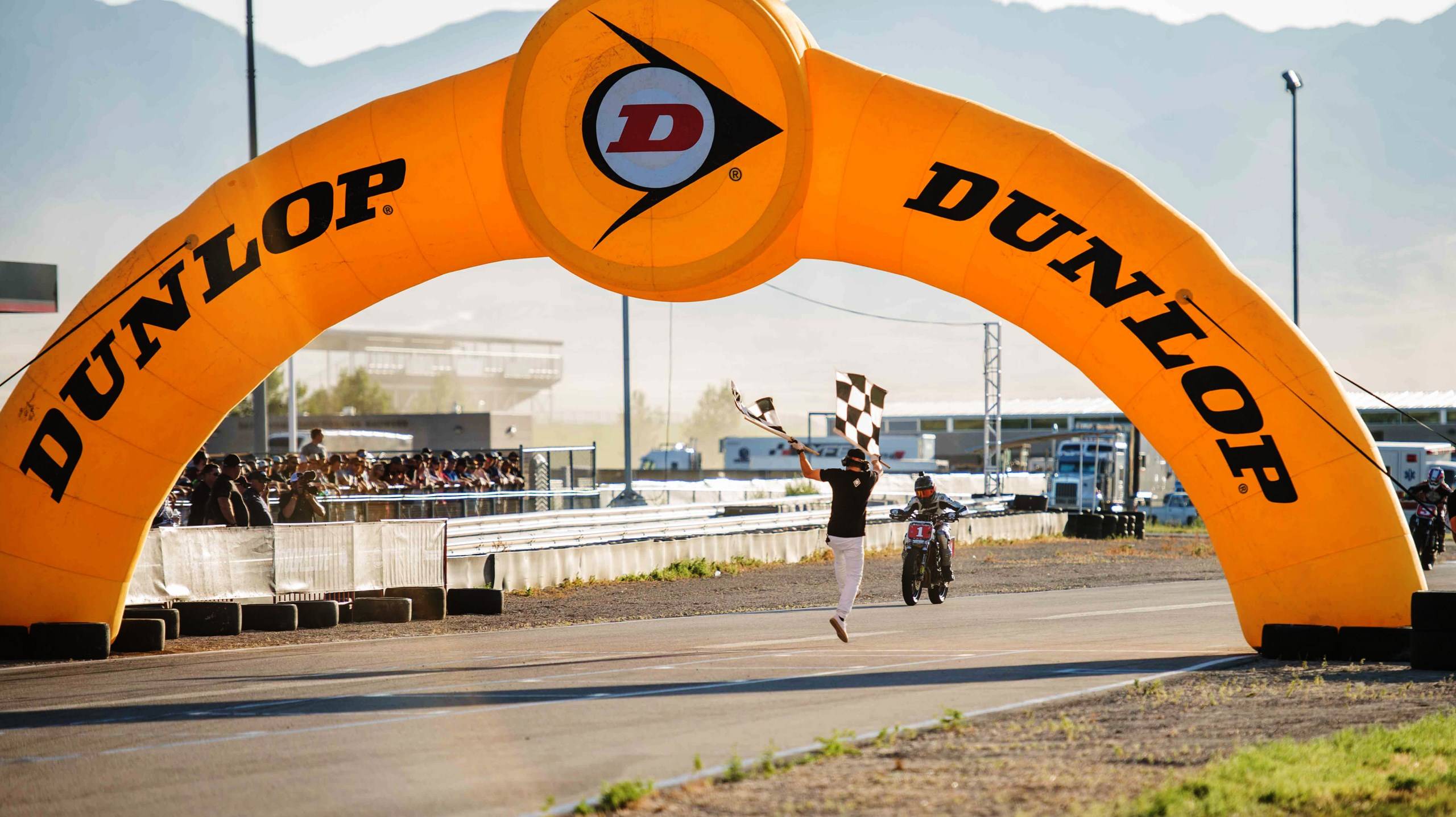 Kopp was catching DiBrino, but catching an passing are two different things. By lap ten, the top 4 were working there way through lap traffic. The final lap saw DiBrino doing everything he could to keep Kopp at bay while Jordan Graham had his hands full keeping the very talented Stevie Bonsey in the 4th spot on last year's Indian Scout. In the end, it was DiBrino, Kopp, and Graham rounding out your first-ever Nitro World Game Podium. 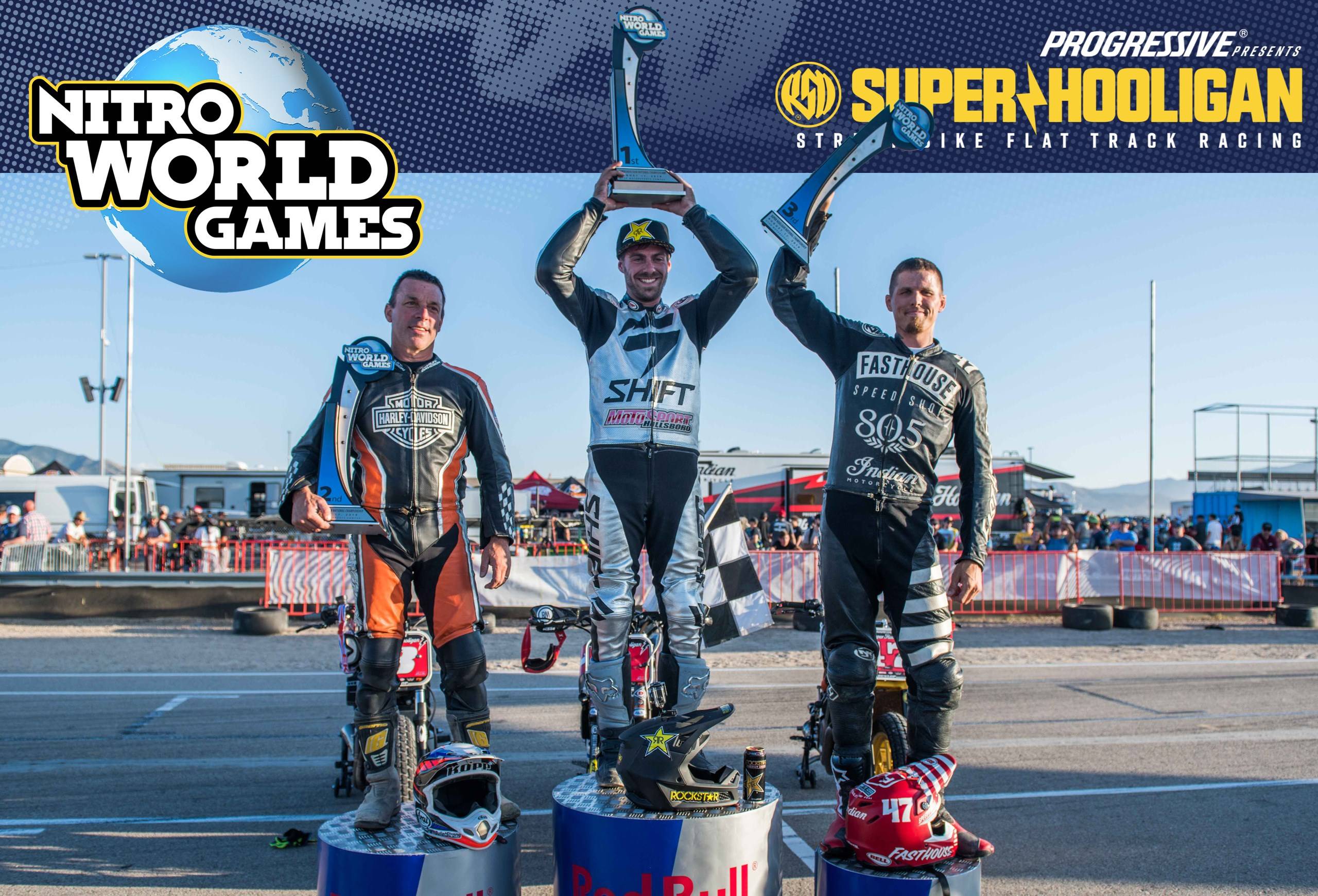 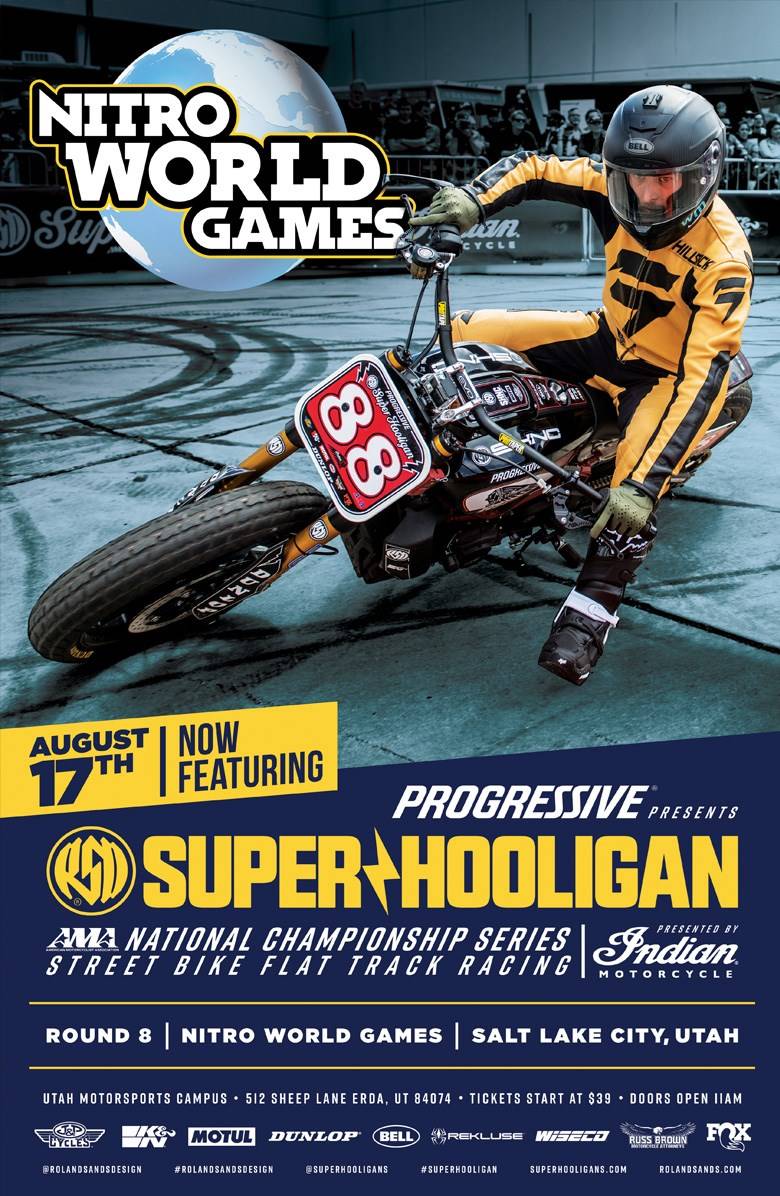 Flat track racing is coming to Utah Motorsports Campus as part of the 2019 Nitro World Games. The RSD Super Hooligan National Championship has been added to the schedule of events, joining Nitro Rallycross, FMX Best Trick, and Moto Quarterpipe for an even more action-packed day on Aug. 17. Hold on to your butts the 2019 Super Hooligan National Championship presented by Progressive and powered by Indian Motorcycle invades Nitro World Games, Salt Lake City Utah.

During the break in our program you are free to roam the event and check out all the other events happening. Nitro Circus has planned the event so there is very little overlap in the events allowing spectators and athletes to see all the action and not have to pick and choose what events they want to see. 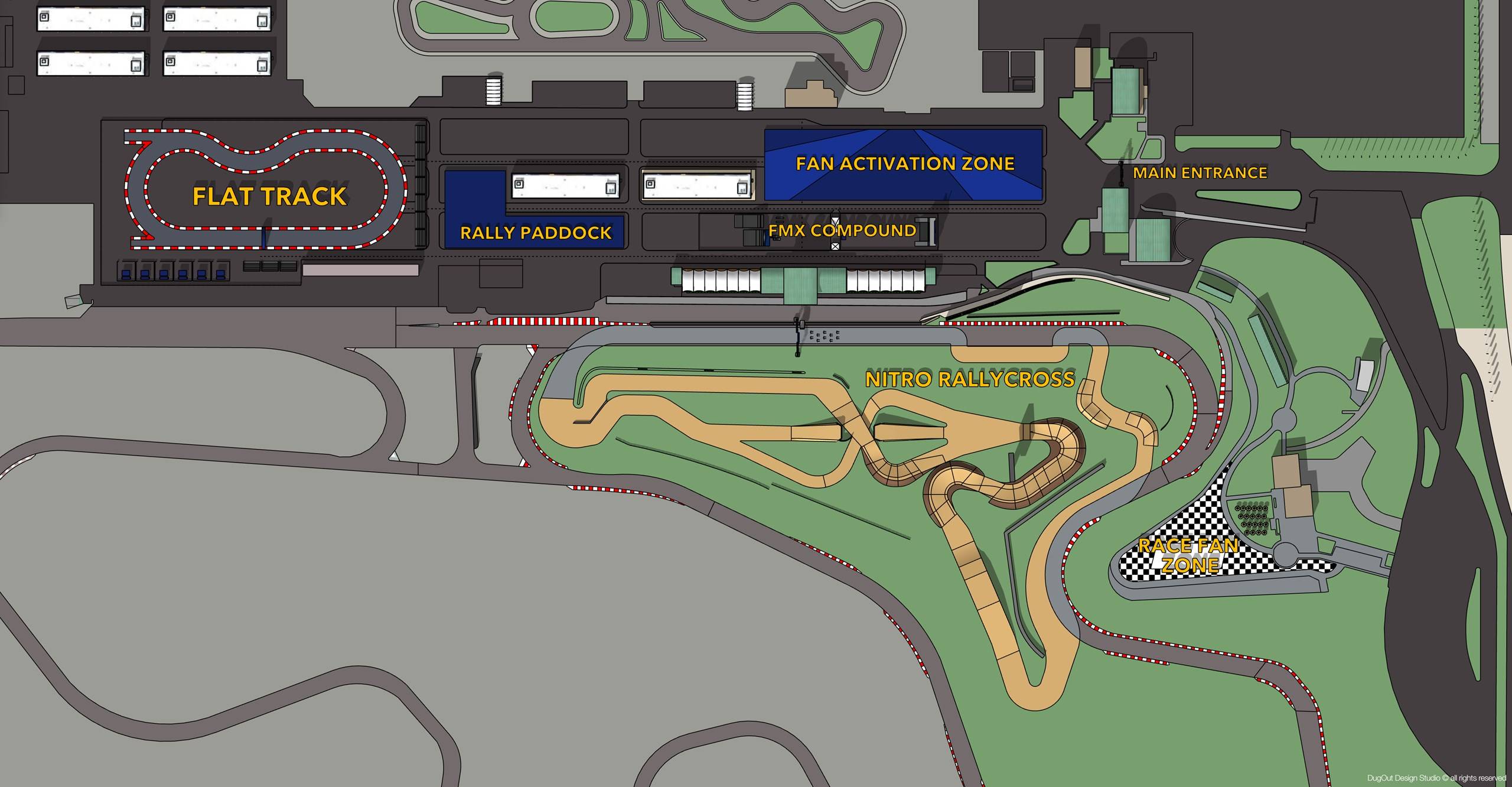