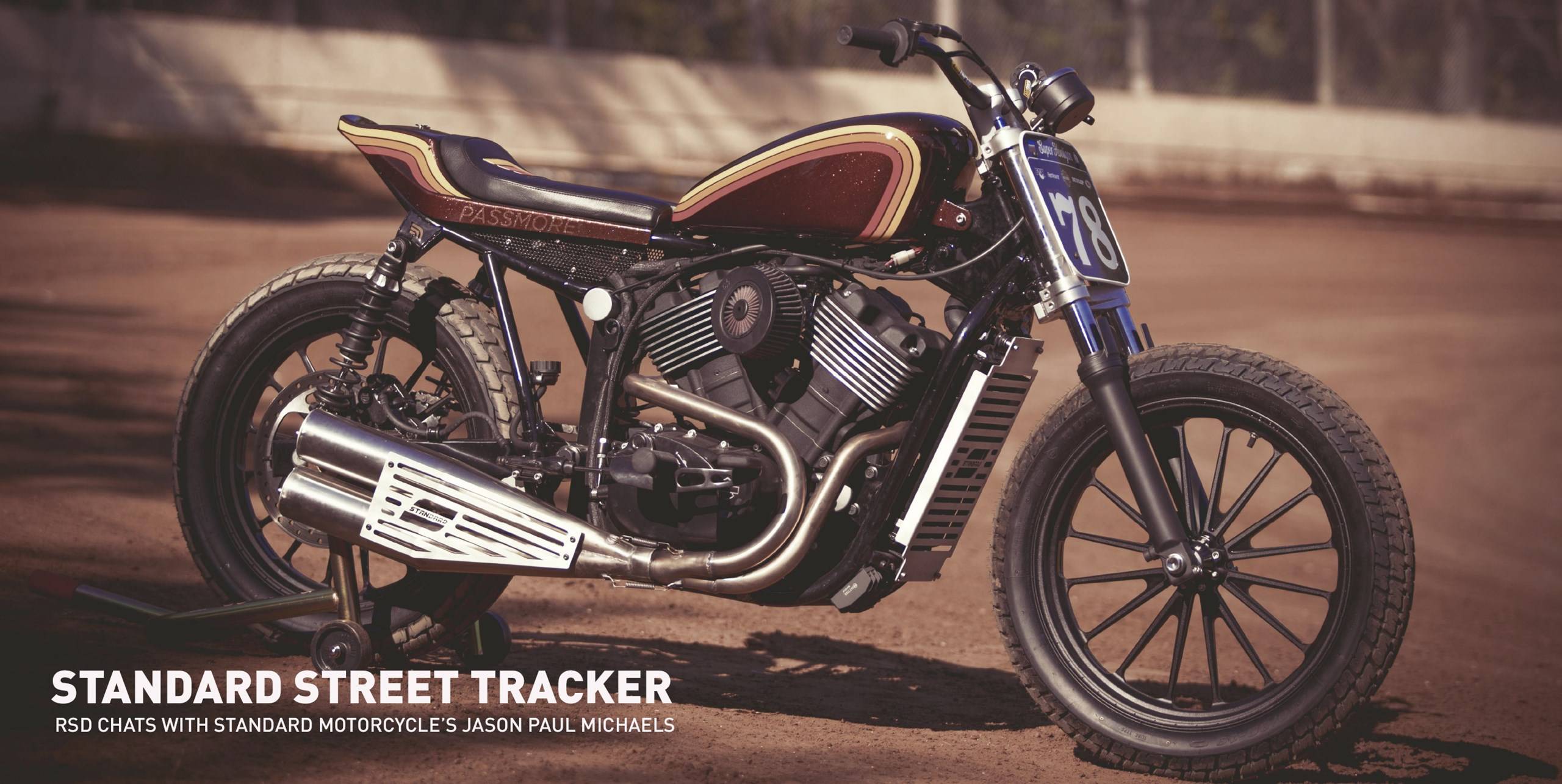 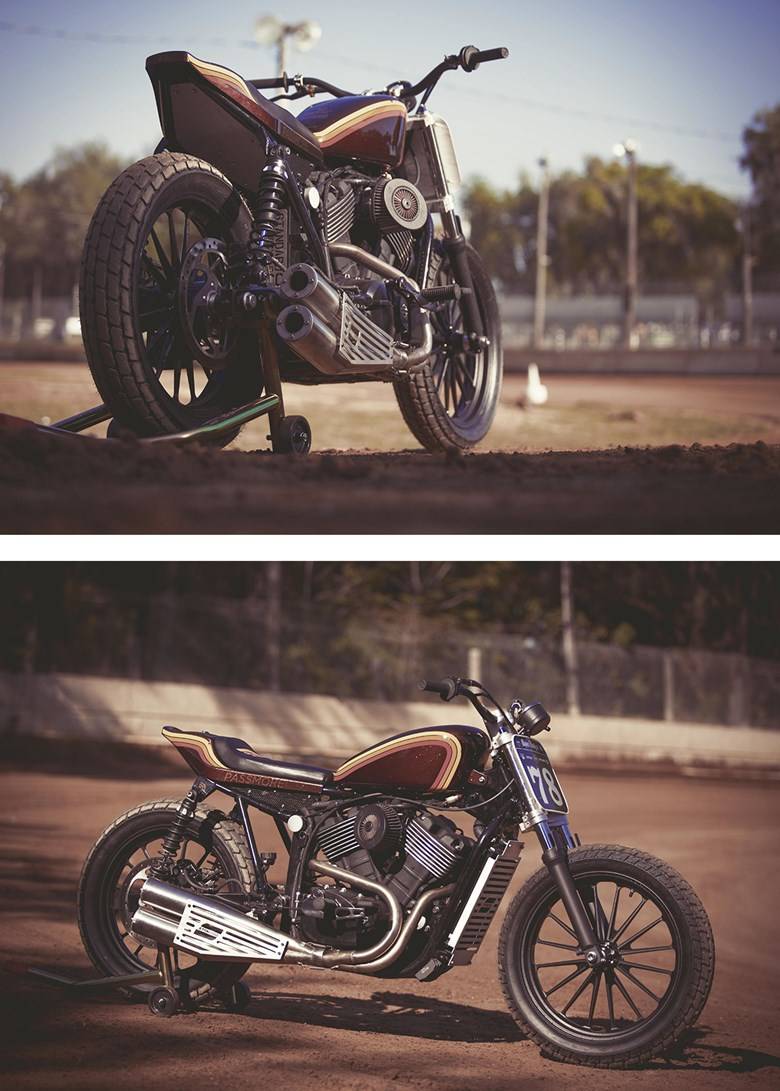 Back in the 60’s and 70’s there were flat track races all across the nation and lots of events every weekend. Can you see that happening again? What’s happening on the east coast and across the country?
Yes. I do. I think that non-endemic exposure to motorcycle racing is the key to not only reviving motorcycle racing or the motorcycle industry, but rad creative communicative culture. When you go to races you meet some of the nicest people both in the stands and the pits and they’re all there for one reason, a love for motorcycles. I believe only good can come from that.
As for the east coast, we're doing our thing trying to get Hooligan racing going in the Southeast with the Southern Dirt Track Association. They hold 13-14 races a year and are seriously down home. We've got pro's like Johnny Lewis and soon, Jared Mees here in Florida with plenty of tracks and time to ride. My personal goal is to help spread the word. I've gotten the guys at Apex Cycles on board having built a few BMW Hooligan bikes, Adam from Speed Deluxe is working on one two, even Zack and Jake from Prism Motorcycles are getting into. My goal is to just get a bunch of Hooligan bikes built, take them to races, let people ride them and get them hooked!
You built a bike. Tell us a little about it.
It’s a Harley Davidson Street 750 that we turned into a flat track race bike for one of the Harley Hooligan Racers. For me it really pushed the envelope, I learned more about myself as a man and a human being than I did as a bike builder. And that was a real surprise. As for the build, my OCD kicked in early and I made a decision that every part we added had to be designed and laser cut. I wanted to build a custom race bike that could have been perceived as a factory Skunk Works project had the opportunity arose to build such a machine. We used RSD Traction wheels a mixture front end of R6 and GPS Racing parts. Protaper bars, controls and a rad little mini switch house from Posh. The tank is a modified Sportster that we lowered a tad and cut new mounts for. I built the entire sub-frame from chromoly tubing, rosette welding the joints to give it a factory lugged look. (Big Will hated making those for me on the lathe!) And the cushion was done by my girl Ginger at NewChurch. Suspension out back is dialed in by Fox and is connected to a notched and modified swing-arm so we could fit the 19” Dunlop rubber on the rear. Engine is stock internal with one of our “LC750” K&N intake kits and a high-flow custom exhaust we built in-house, from scratch (including the cans) with tubing from Cone Engineering. Other than that, it’s got custom controls we made utilizing some key components from the factory parts, a chain conversion from TrackerDie, a full custom wiring harness powered by a Shorai Litium-Iron battery and a Dynojet Powercommand to extract as much power as possible. What’s your least favorite thing about it? This was the most difficult build I’ve ever had to complete for a variety of reasons. Despite all of that, not one unfavored thing comes to mind. If you could do something different, what would it be? I would have rosette welded the 1/8” stainless steel “SMC” backbone plate in 16 spots, instead of 8. You know, don’t want that thing coming off too easily.
What’s your favorite thing about it?
That I proved to myself that I could do it.
It’s the weekend and you bike is broken. What are you doing?
Breaking one of your bikes because I can’t ride one of mine. 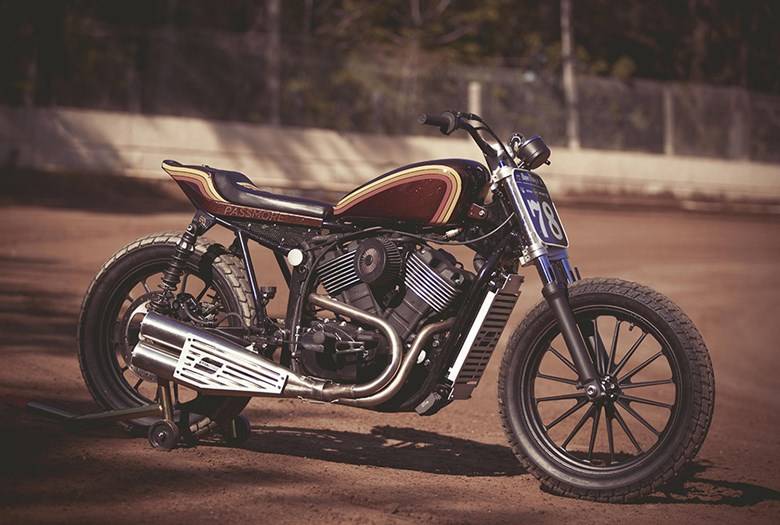